Sandy's head and neck were preserved in 1923.

Sandy… the only one who came home

Sandy, the only war horse to return to Australia after the First World War,  was used as a working horse on the O’Donnell’s farm in Tallangatta, North Eastern Victoria, to round up sheep and cattle and for riding for the family. He was a bay with a white blaze on his forehead and was such a docile and easy to manage horse that his owners, brothers  Francis (‘Bonner’) and Jack, donated him to the army.  The family had a brick kiln in Martin’s Lane Tallangatta which is now under several metres of water in what became Lake Hume.

General William Throsby Bridges chose Sandy as his own private mount, probably because of his good nature. Before Major Bridges died from the wounds he received from a sniper whilst in Gallipoli in April 1915, he asked that Sandy be sent back to Australia. After months of correspondence between the Australian and British authorities, permission was given for Sandy to return home.

On September 7th 1918 Sandy boarded the S.S. Booral at Liverpool in England and arrived in Port Melbourne, Victoria, where he disembarked on November 13th 1918, just two days after the war was declared over. Private Archibald Jordan had been Sandy’s groom at the Australian veterinary hospital in France since 1917 and had come to understand him well. He was originally a member of the 23rd Battalion and had been classified unfit. Private Jordan accompanied Sandy on the journey home, via a three month stay at Swaythling Remount Depot in England.

Sandy returned to the Central Remount Depot in West Maribyrnong, Melbourne, where he spent his remaining days. The locals could remember him and were aware that he spent his final days in a padded stall in the famous Fisher stables. In May 1923, blind and old, Sandy was humanely put down. Sandy’s grave, surrounded by a wooden fence, is beside the famous race horses Fisherman and Lantern.

It has been wrongly reported that Sandy was buried at Duntroon in Canberra, where Major Bridges grave is located. In fact, Sandy’s remains are buried at the remount site at West Maribyrnong.  FOSALH have a copy of a document  from the Photo section, Army Design Establishment, Maribyrnong, which in part states: “…it was decided by the finance committee of the war museum to accept the offer of a Sydney based taxidermist, but there were some doubt whether the horse’s existing condition made it advisable to preserve his hide, as he was never a good looking horse and he was now eight years older.’

Sandy stood 16 hands, bay with black points and a white star on his forehead.

The cost of this procedure was as follows: For the mounting of the head and neck, thirty pounds. For railways warrants to enable the taxidermist to come to Melbourne from Sydney to supervise the killing and skinning, this cost was twenty pounds. The taxidermist expenses for board, photography, cartage and preparation was fifteen pounds and the showcase was ten pounds. It was also agreed that the four hooves be preserved, polished and mounted. The cost of this was five pounds each. Mr Barnes, the taxidermist, and an assistant worked at Maribyrnong for fourteen days. Their expenses were also covered, which included rent, meals, and train fares to Maribyrnong. Due to deterioration, the  Sandy exhibit is no longer on display at the Australian War Memorial.

During the late 1980s whilst on a cruise on the Maribyrnong River, Captain Peter Somerville OAM told Elaine Brogan the story of the defence land, and Sandy, the only horse to return to Australia after the Great War 1914-1918. Elaine was very interested because both her father and grandfather were Light Horse men. After reading and researching the history of Australian animals of war, Elaine was determined to get the recognition the horses deserved, and particularly for the local remount site at West Maribyrnong where Sandy is buried.

Until 2002 FOSALH had been working under the auspices of Melbourne’s Living Museum of the West. Over the following years many hundreds of letters were sent to every Parliamentarian at every change of Government to raise the profile of FOSALH and, most importantly, the recognition of  Sandy.

In 2008, we were incorporated and interest in our group continues to grow. 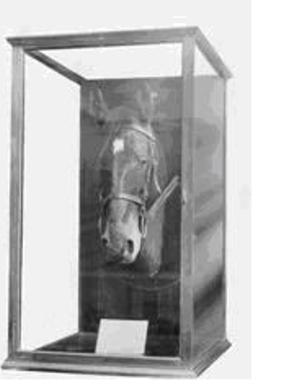 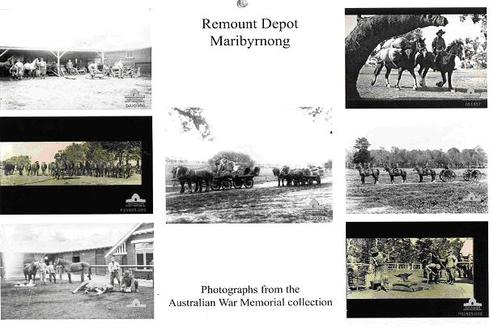 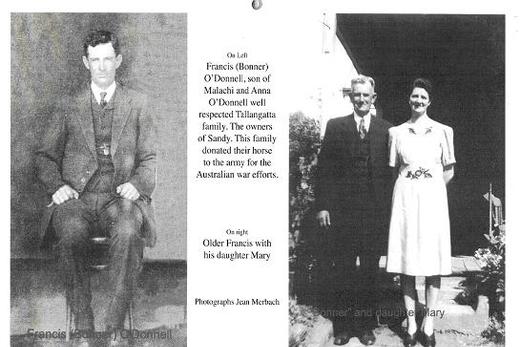 Friends of Sandy and the Australian Light Horses FOSALH Inc